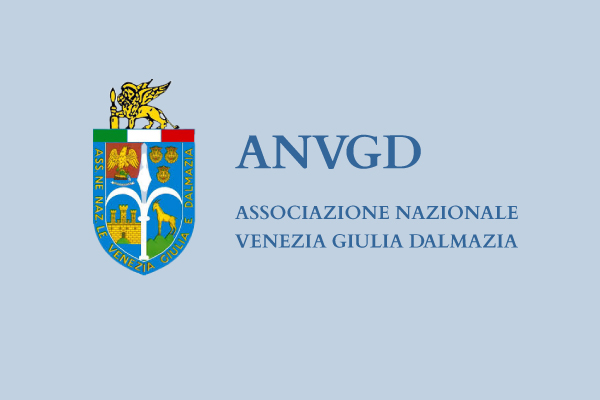 Venezia–Giulia: from Land to Sea
Dialogues on the Dividing Line between Past and Present
A Lecture Conference in Rome

Borders, history, personal accounts: a mixture of surprising successes and generous suggestions and revelations. These were, yet again, the results of a conference sponsored by the Rome Committee of the ANVGD (National Venezia-Giulia and Dalamatia Association) and organized by Professor Donatella Schürzel, held at the “San Pio V” Free University. The program foresaw the presentations of the following: Professor Giuseppe Parlato, President; Silvia Bon, expert on Fiume and Julian Jewish Studies; Gianni Stelli, editorial chief of “Fiume” magazine; Patrizia C. Hansen; Massimo Greco, Culture Committee head for the City of Trieste; Rosanna Turcinovich Giuricin, representing the CDM (Multimedia Documentation Center) of Trieste. After the presentations, a round table discussion was held, with the participation of Amleto Ballarini (President of the Society for Fiume Studies), Giuseppe Parlato, and Lucio Toth, National ANVGD President.
The conference was opened with an introduction, given by Professor Donatella Schürzel, who ably presented the wealth of themes and subject matter of the Julian and Dalmatian writers of the Nineteenth Century, and the particular light that history and conditions of exile can shed on literature, as well as the contribution that literature can make in the understanding of these conditions. Greetings were then given by Rome ANVGD President Oliviero Zoia, whose presentation touched on a delicate but necessary subject, namely the relationship with “the Remaining”, which he defined as a “still-open subject”: in this area, the ANVGD, along with the Society for Fiume Studies, in Rome, continues to work in the direction of a “strong dialogue” with those who preserve the Italian identity in the territories of origin.
Professor Parlato, the President of the host university, gave the historical introduction. He reminded those present that it was in that very university, in 2003, before the Day of Remembrance had been instated, that February 10th had been commemorated, and he brought to the public’s attention certain fundamental considerations. The “Eastern Matter”, as the Venezia-Giulia and Dalmatia question is commonly defined, didn’t originate with the Second World War, but rather is much more remote, and can trace its origins to the “Slavic Pole” that was favored by Austria as an anti-Italian measure, even though it had little concrete effect. The denationalization pursued under Fascism, he continued, didn’t show much success, until the occupation of Slovenia and Croatia determined a point of fracture, of no return, on which the logic of communist internationalism found a base, with the “universal concentrationism” typical of those regimes. Sixty years later, continued Professor Parlato, the problem has become one of “culture and identity”: the numeric minorities (here the obvious reference is to the Italian community in Slovenia and Croatia) are not cultural minorities. He strongly underlined the following need: that all who are participants in a non-minority culture, on either side of the border, steer clear of the risk of isolation or, worse, of self-commiseration, closing themselves off in a sort of Indian reservation without any prospects for the future. Without a doubt, the Professor concluded, Europe will prove itself to be a fundamental challenge regarding new spaces for collective memory, after those who lived through that era, and history itself, come to terms with this memory.
Silvia Bon, scholar of Julian-Jewish culture, author of many works, including a volume on Fiume Judaism edited by the Society for Fiume Studies – The Jewish Communities in the Italian Province of Carnaro, Fiume and Abbazia (1924-1945), 2004 – spoke of the Jewish presence in Trieste, describing an ample and articulated profile, starting from the pact of tolerance decreed by Maria Therese of Austria in 1771. She noted that, in the 1848-’49 period, the Trieste Jewish community began to come closer to the mainstream Italian culture, which was perceived as a vehicle of emancipation, even though a still-conspicuous part of the community continued to look to Austria as its political and economic reference point. Silvia Bon’s considerations were of great interest regarding the relationship between the marketplace, thanks to the situation of prosperity that had been created, and the liberal arts, with the culture of music and literature. A chapter of history worthy of note, remarked the scholar, was that of the Thirties, in which more than a few citizens of the Jewish religion embraced Fascism, even in the Julian area. Conflict and deportation had the effect of decimating the ancient Jewish presence in Trieste, as in Venezia-Giulia: of the 1000 survivors of the camps, out of 6000 city residents, today there remain but 400.
Professor Stelli provided a general overview of the history of the city of Fiume and its cultural identity. Its geographic location, and limitations, present particular historical problems, and make Fiume much different than the rest of Istria and Dalmatia. Historically, Fiume was never a subject of Venice, against which Hungary was struggling, eventually unsuccessfully, to control the Adriatic. Hungary became once again a protagonist in the history of Fiume in the 1700s, while the city was acquiring its own specific cultural identity, with an Italian base, albeit with an awareness and sense of being in a border region. The process of urbanization favored the culture-forming process, and in many ways there was an assimilation of Italian culture by the Croatian ethnic group, to the point that Italian can be considered the “spoken language” of Fiume.
The chapter of nationalisms had its origins in the 19th Century, and the Croatian national spirit showed itself in its typical form, identifying belonging with blood. Vice-versa, the Italian concept of national belonging is based on the principle of cultural superiority, with a historical path rich with dynamics which unfortunately, related Professor Stelli, was denied by totalitarianism.

The literature of borderlands and exile was the theme of Patrizia C. Hansen: it is a narrative treasure eclipsed by the curtain of silence which, in the second post-war period, hid individual and historical dramas. This silence reverberated for decades in Julian-Dalmatian literary circles, little known, or not known at all, apart from a handful of names: Stuparich, Vegliani, and Tomizza are the three that Hansen named.

Massimo Greco, a cultural leader for the city of Trieste, gave a presentation of a political nature. He underlined the sense of diffusing the cultural identity of the Julian-Dalmatian regions in the new national and European regional contexts. He argued a strong case for promoting collective memory and opening it up, so to speak, to the new generations. Greco showed his appreciation towards the organizers of the convention, both for its contents and for its spirit, one not of closure and looking inward, but of looking forward and not flinching in the face of confrontation.

This direction was taken up by Rosanna Turcinovich Giuricin, head of communication of the CDM (Multimedia Documentation Center) of Trieste, who demonstrated, with a wealth of information, the vast range of the CDM’s activities, and its motives. Her presentation gave a concrete dimension to the basic idea of promoting the Italian Adriatic culture, in its historical and geographic contexts, since it values highly the age-old theme of mutual respect in shared living.
After the presentations, a round table discussion was held, with the participation of Amleto Ballarini, Lucio Toth, Giuseppe Parlato, and moderator Donatella Schürzel.
Ballarini singled out the moment of the falling of the walls and the international order defined after the Second World War, the division between the period of preservation of memory and the activities of diffusion, to which the Society of Fiume Studies dedicates much of its research and editorial initiatives. He added that it is very important to sensitize the new majority, the Croatians, to a reconstruction of history, so that they can come to a new, more enlightened, understanding of the past.
Lucio Toth’s presentation is to be published separately. Professor Parlato gave undoubtedly lucid considerations on which path or paths should now be taken. The fracture created by the Exodus certainly remains in soul and spirit, but it is necessary to work towards a sense of authentic understanding of the problem. Above all, he stated, calling into play his sensitivity as an historian, it is necessary for us to look at the historical matter in its totality, freeing ourselves from ideological hypotheses, to establish, what really did occur, who the victims were, and who was responsible. Out of what he defines as “self-history” (personal memory, witnessing of events, regrets) we must arrive at a true elaboration of history, one that cannot be manipulated by politics, but rather one that can be an essential premise for launching collective memory into the future, in a new era of study and associative dedication.